I've been a TOTAL blog slacker the last few weeks, I mean, I didn't even blog about Doctor Who's 50th, but that may have been because I had an emotional breakdown.  Well, I'm back tonight, giving my live reaction's to American Horror Story.  Now, the show is starting to hit that moment where it will peak in glory or become totally un-watchable.  That being said, if they bring one more person back to life I am going to be so over it.  As Myrtle put it "She's brought more people back to life than Jesus Christ!"  I'm just saying, Jesus only brought like, one person back to life, and the bible is still a roaring huge hit, no need to beat a dead horse and then bring it back to life AHS.

On anther note, the people in my office have a bit of a bet going on who will be Supreme, and currently Nan is in the lead.  I was all "Team Misty" but now that Myrtle thinks she's the next supreme I think she may be out.  I mean, last episode Nan did open the door with her mind AND she was with Madison when she set the curtains on fire.  Who said it was Madison who did it?  Obviously, they are setting it up so that everybody looks like they could be the Supreme.  I just hope it doesn't end up being totally lame.  Okay, here we go: I can clock a wig at 10 yards, girl that's yo hair 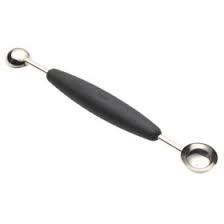 Scariest weapon of all.

I can't have a baby and somebody threw acid in my face and my husband is a witch hunter and my mom killed a bunch of people and I don't like to use my magic, and I was blind and now my eyes don't match.

To be fair, with all the witch hunter business I was nervous about this episode, but it was PERFECT!  So HAPPY!!!
Posted by Unknown at 11:02 PM No comments: