A Guide for the the Doctor New-Comers

So recently I've been nerd-ing out everywhere.  Okay so not recently, BUT, I have been talking a lot of Who with friends lately.  Now, many of my friends do watch the show, but I keep coming across people I know would love it but fear it's epic cannon.  I mean, not counting the 20-something seasons of the original run of the show, we are 8 seasons deep.  That's a lot of binge watching.  I mean, for me, its a normal amount, but for the average layperson who doesn't crave watching hours of TV, it seems like it requires too much dedication to try.  So I've come up with my own list of Who episodes that include ALL the "new" Doctors (with the exception of the War Doctor but don't worry about that).  The sole purpose of this list is to whet your whistle with the whoniverse.  Every season has an over arching plot line that is more complicated than you'd think they could do with a limited number of episodes, so you'll have to go back and re-watch, but the idea of this list is just to get you hooked. 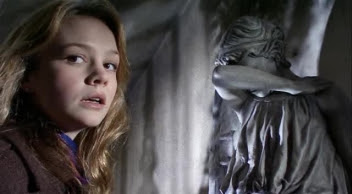 A 10th Doctor (David Tennent) classic.  The reason I tell everybody to start with this episode is because it's very doctor light.  You learn about the Doctor through the eyes of Sally Sparrow (Carey Muligan) and her misadventures with the Weeping Angels.  This episode is also Time Travel light, so if your not into the timey-wimey explanation of things, this one is for you. 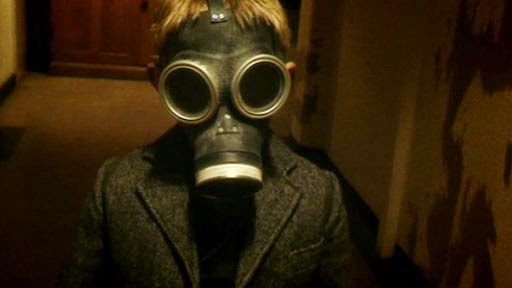 The 9th Doctor (Christopher Eccleston) is not one of the most beloved, but whatever, he carried the weight of restarting a legendary series and I love him.  This is a two-part story and its worth watching back to back, but leave the lights on because it may scare this piss out of you.  This story is completely unrelated to the over-arch of season 1 so you can watch spoiler free.  These two episodes feel more like a movie than a tv show, with limited time travel and the introduction of the fabulous John Barrowman as Capatin Jack it is way way way worth the watch. 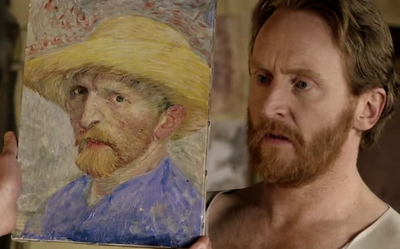 Vincent and the Doctor- Season 5

Matt Smith, aka, the 11th Doctor is a charming, childish and yet ancient man who carries the weight of his 900 some-odd years with a wink, a smile and a bow tie.  This episode is early in Matt's run and does contain some elements of the series over-arching plot, but I think its worth the potential spoiler.  The goofiness, kindness and pain of this doctor can all be seen beautifully in this episode.  And let me not forget to mention the brilliant performance of Tony Curran as Vincent Van Gogh. 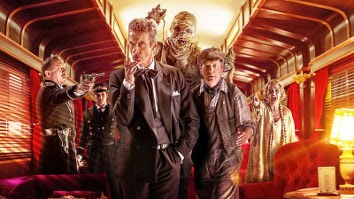 The Mummy on the Orient Express- Season 8

Now, while I have been LOVING Peter Capaldi as the cantankerous 12th Doctor, I didn't enjoy series 8 overall.  The plots were all WAY to wrapped up in the Doctor's companion Clara (Jenna Louise Coleman) and I didn't feel we were giving the proper chance to really "meet" this new Doctor.  We just got a lot of Clara being cheeky and cute.  Because that's pretty much all she does.  Complaints aside, The Mummy on the Orient Express is a FUN episode that has way more of this new Doctor in it than most of the other episodes. 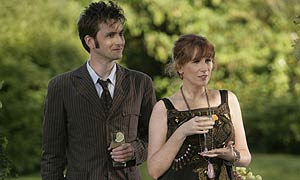 The Unicorn and the Wasp- Season 4

I had to throw this in because it is probably my second favorite episode of Doctor Who (my first one being Midnight).  This episode showcases something none of the others listed do.  Humor.  Sure, there is inherent humor in this "meant for kids" show, but this episode is laugh out loud funny.  With my favorite companion Donna Noble (the hilarious Catherine Tate) bumbling about the 1920s with Agatha Christie (Fenella Woolgar).  There is one scene in particular that I will call "The Doctor Detox" that I can watch on loop without it ever losing its charm.

Please let me know what you think of the list, and feel free to comment on any Who Starter Pack episodes you feel should have been included.
Posted by Unknown at 4:35 PM No comments: