TIS THE SEASON... To binge watch

Happy holidays internet!  Welcome to the time of year where it's cold, you just want to stay inside.  You probably have a lot of time off from work and you will definitely be needing a break from the fam.  AKA the perfect time of year to cram in TV that it took other people years to watch.  Two years ago, I spent this magical time of year holed up in my apartment binging season after season of Doctor Who until I emerged that spring a brilliant sonic screwdriver wielding bow-tie wearing Whovian butterfly.  I never looked back.  But, dear reader, what SHOULD you be binge watching?  Maybe you gave up on a great show too soon, maybe you have been told a million times you should watch something but never did or maybe your watching the American version when you are wrong and should be watching the English.  Well no matter, here are my top 5 binge watch picks for this holiday/winter season from #5 you could probably skip this but it's worth trying to #1 if you aren't watching this you will die without knowing true entertainment.  Here we go. 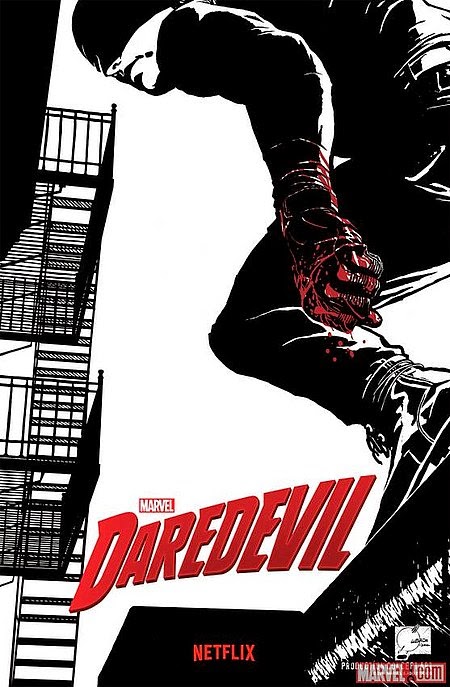 Okay, so this comes AFTER the holidays, but what better way to bunker down during cold January days than to watch a blind vigilante kick some ass?  The best thing is that it's on Netflix, prime binge territory, especially since every episode is being released simultaneously.  I got a chance to see some clips at Comic Con and can I just say, the action sequences were MIND BLOWING.  I love Charlie Cox as Matt Murdock, he is a great actor (even if he broke my heart on Boardwalk Empire (whats in the boooxxxx)) and with Vincent D'Onofrio as Kingpin... I mean COME ON.  I'm in.

Now look, I know a lot of you out there gave up this show pretty early on, and I FEEL you, but I promise it gets better!  The show followed a rocky "there's a bad guy- find the bad guy- beat the bad guy" format, but after the release of Captain American: Winter Soldier the show got mind blowingly good.  I want to keep the spoiler free, but the repercussions for what happens in Winter Soldier change everything and the good guy vs. bad guy structure gets blown to smithereens.  So, I suggest watching Winter Soldier, then skipping the the S.H.I.E.L.D episode that follows then catch up to the season two mid-season finale.  Then you'll be good to go for the rest of season two! 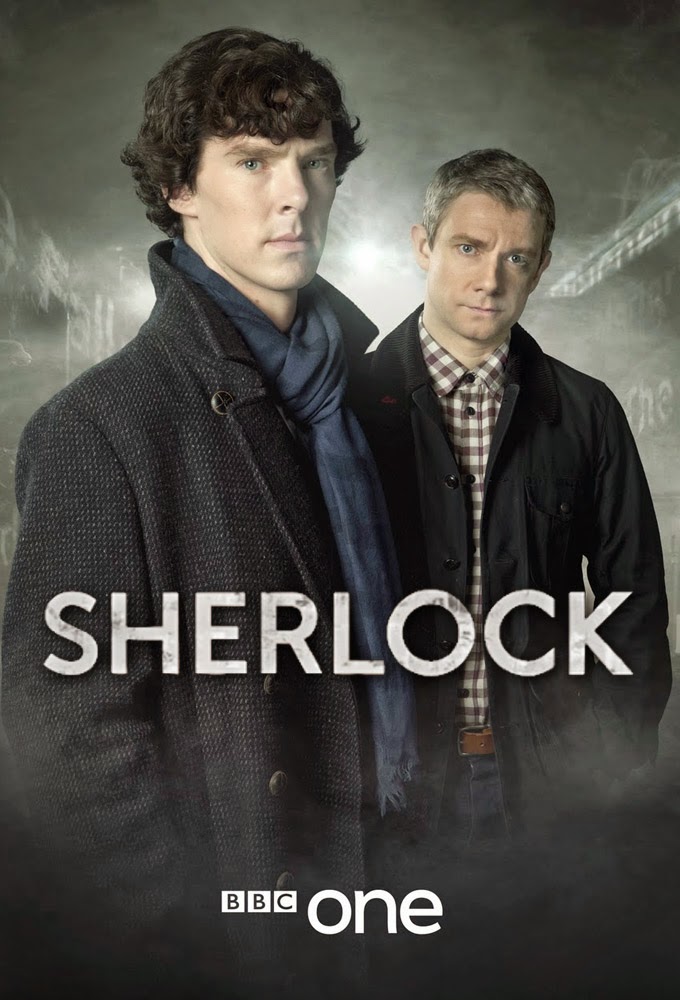 Unless you have been living under a rock, it is almost impossible not to run into somebody fan-gasming over this show.  Why?  Because it's fucking awesome.  Cumberbatch and Freeman have been absolutely made for the Sherlock/Watson combo and the showrunning team of Steven Moffat and Mark Gatiss (who does double duty playing the umbrella wielding Mycroft brother of Sherlock) write the perfect balance of mystery, comedy and mind blowing tragedy.  And the BEST part of binging Sherlock is that there are only 9 episodes.  That's right, 3 seasons, 9 episodes.  Each episode is an hour and a half but trust me, it doesn't feel like that.  The problem?  When you finish be prepaired for the MASSIVE hole in your life as often years go by between seasons... see you in 2015 you sexy detective, I'll be waiting.

Okay, this is a bit of a meaty binge.  The show has been running for over 50 years now, but the beauty of it is that you only have to start at the reboot.  Once this show gets its claws dug in you'll go back and do the research, trust me.  Now, if you have a hard to easing into the show (it can be a bit much) I suggest a watching order for you to get into it nice and slow.
If your not hooked after those four episodes, I don't think Doctor Who is your show.  If you get hooked, can't wait to see your beautiful Whovian butterfly wings in the spring. 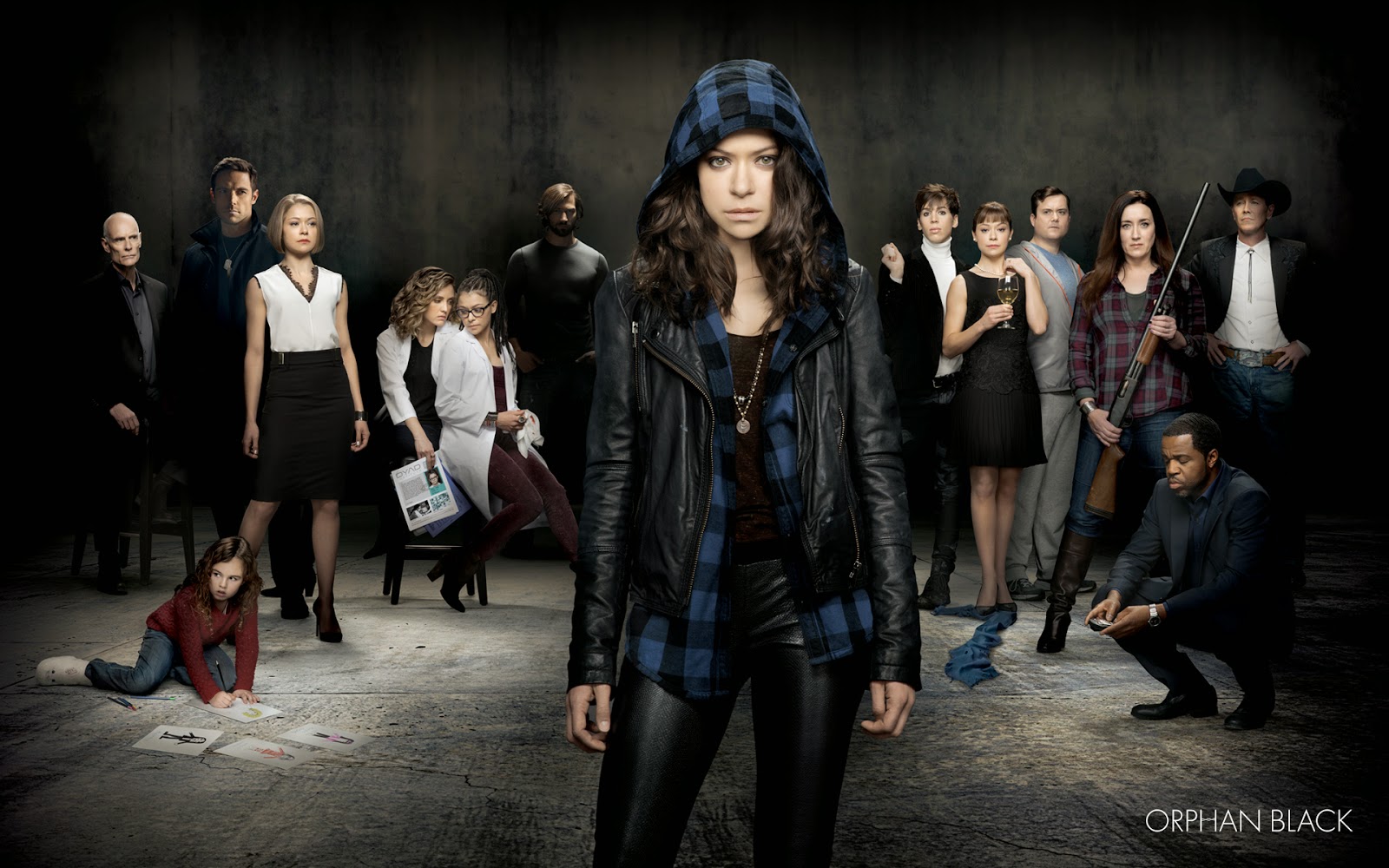 If you are not watching this show, close this window, google it and BINGE!  NOW!  BINGE NOW!  If you have NO idea what I am talking about, be ready to get your mind BLOWN.  The show which third season starts sometime this spring, is about a group of women who are self-aware clones.  Tatiana Maslany flawlessly plays 8 clones (so far) in such a way that you forget its the same person playing each role.  Sarah Manning is sort of the main character of this multi-character drama, with her sassy gay brother at her side, she learns to grapple with her guinea-pig status being one of the worlds first successful human clones.  Oh and did I mention that all of season one somebody is spending a lot of time and effort killing them off?  Yeah it's pretty epic.  If you are a science geek, sci-fy/fantasy nerd or just plain old enjoy great acting, please please I beg of you watch this show.  Here, let me just play you a little clip of this awesome (spoiler free promise)

I hope you enjoy this holiday/winter season!  As you can tell my strongest binge suggestion is Orphan Black, if your a fan PLEASE comment begging people to watch... Maybe Tatiana will FINALLY get the Emmy she deserves!!
Posted by Unknown at 3:35 PM No comments: