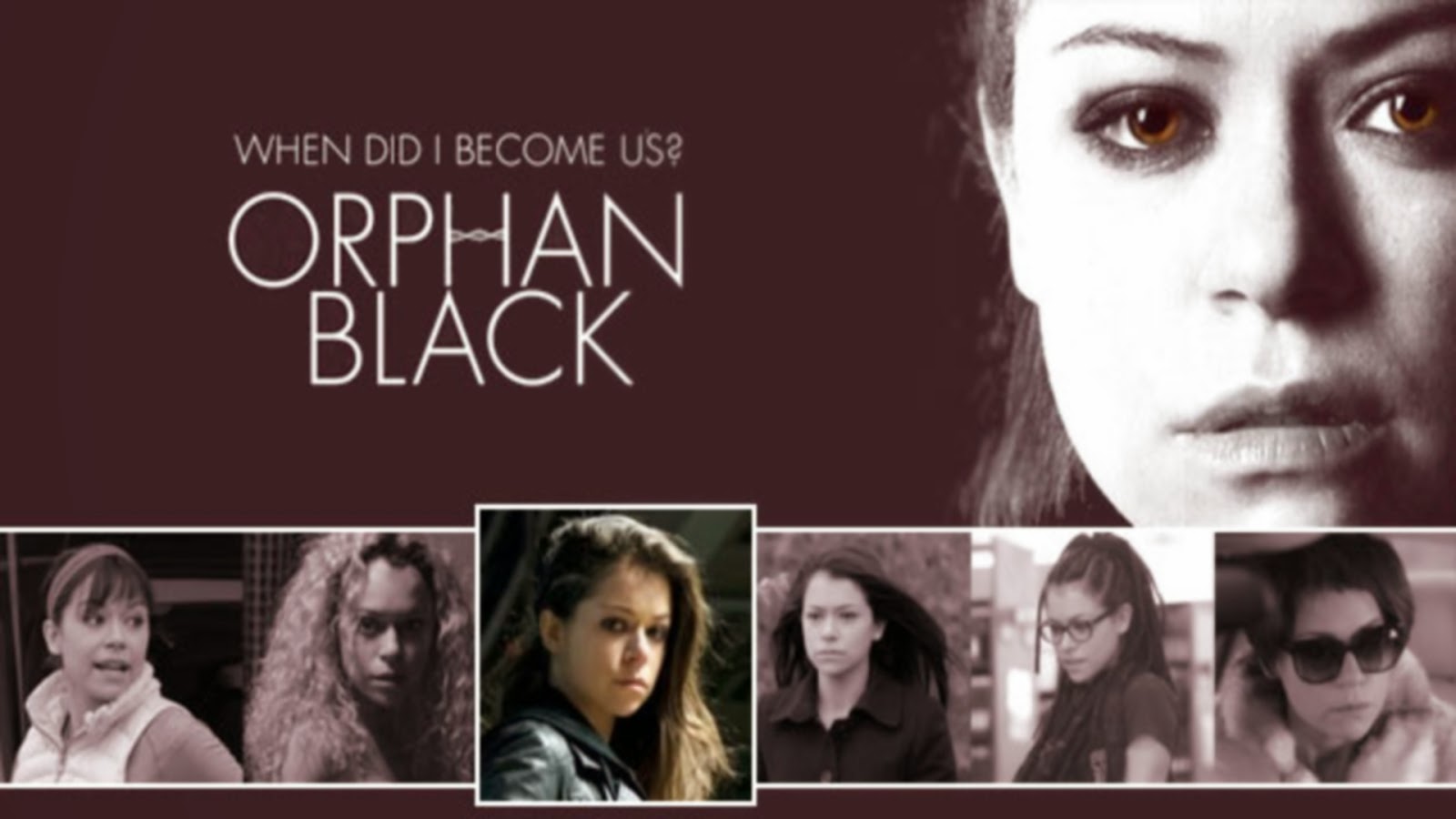 With season 3 looming, it's time for me to urge any readers I may have to please, Pease, PLEASE watch this show.  The trailers have just not done justice to this tremendous sci fi show, so, I am going to give you 7 reasons you should give it a go.

Okay, cloning isn't *new* in the sci fi world, anybody who has seen Moon could tell you that.  That being said, cloning has never been done quite like this before.  This is cloning in our world, in our time.  This isn't some futuristic alternate world, this is 2015 modern day life.  What would you do if in our day and age you found out you were somebody's science experiment?  Now a days in sci fi its all vampires, zombies and distopian futures.  Orphan Black feels new and exciting. 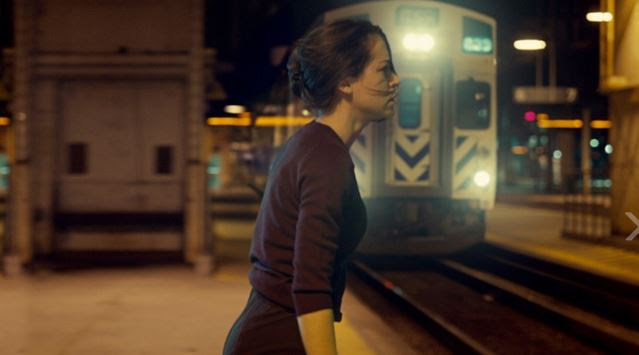 Don't worry folks, this isn't a spoiler, this is actually in the season 1 trailer.  The whole show starts with a suicide.  Sarah Manning (for all intents and purposes the main clone) witnesses the suicide of a girl who looks exactly like her.  That's how the ball get's rolling.  Yep, less the 15 minutes into the first episode, somebody walks in front of a fucking train.  Choo Choo mother fucker.  According to the shows creators, the whole idea behind OB came from the question "What would you do if you saw somebody who looked exactly like you kill themselves".  It culminated in some awesome TV.

I generally pride myself on seeing things coming.  I guessed the damn ending of Eternal Sunshine of the Spotless Mind!  But OB keeps me guessin non-stop.  There is now way to predict what's coming next, nearly every episode has me saying something along the lines of "Whaaaaaaaaat" or "No wayyyyyyyy".

DO YOU SEE THAT!  ALLISON IS POURING COSIMA WINE!  No ladies and gents, do not look for shitty split scenes here, no we get an all out clone DANCE party.  They have done such a brilliant job, that I sometimes forget that it's all one actress.  Okay, sometimes it's not so effective, but I am loving VFX.

The woman on this show are INCREDIBLE.  Do they need men to protect them?  NOPE!  This is a cast of strong/smart/funny women who are taking shit into their own hands.  Even though several of the women are played by Tatiana, each of them is uniquely strong in their own way.  Never is there ever a feeling of "she is just a girl, she can't do it on her own."  Unlike Marvel's Agent Carter, the fact that these people have a vagina doesn't make them any less bad ass in ANYBODY'S eyes. 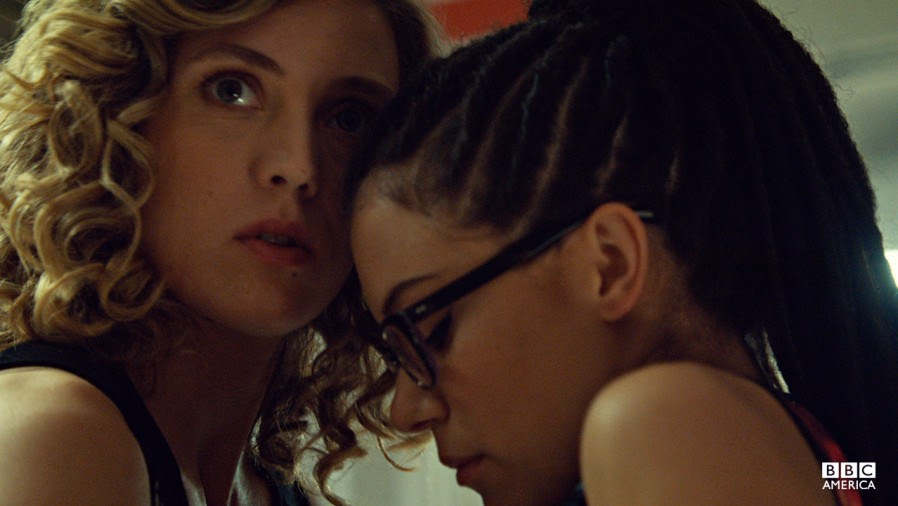 This is not a solely cisgendered show  like everything else on TV.  Not only that but sexuality is NOT a big deal.  Sarah sleeps with men quite often over the course of the show and nobody ever calls her a slut or questions her choices.  She is just a sexually aware woman and there is no problem with that.  Cosima is a lesbian, Sarah's adoptive brother is gay and NONE of these things are major plot points.  It's just who they are.  And that's awesome.  There is no justifying or crudeness.  In season 2 we meet a transgendered clone, and again, no questions asked, he is just who he is and its fine.  It's probably what I love most about the show.  Gay, straight, bi, trans, queer, we are all just people.

This WOMAN!  This fucking woman!  WHY HAS SHE NOT WON ALL THE AWARDS?!  She plays so many characters so flawlessly that I often forget it's the same person.  Not only is she bananas amazing at accents, she embodies each character so fully it's hard to believe its:

In several instances, one clone pretends to be another and I have (out loud) shouted at the TV "NO THAT'S NOT COSIMA IT'S SARAH!"  or "Aww no that Alison, don't fall for it!"  or "FUCK YOU RACHEL HOW DARE YOU."  And then I remember its all the same person.  And then pieces of my brain slide out my ear.

So, do you watch Orphan black?  If you do PLEASE comment and let me know what you love best about it.
Posted by Unknown at 11:14 PM No comments: