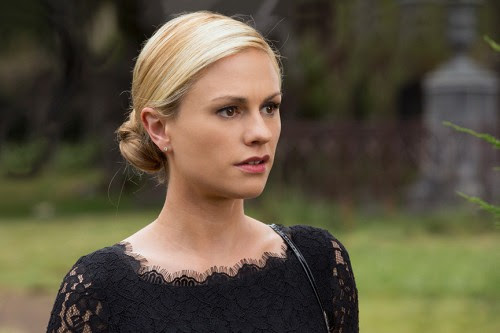 This is pretty much my reaction to this episode.

Well, after what was a very very disappointing lead up I didn't have much faith in this season finale.  And I was right not to.  How can such an epic show, with such and EPIC season fail so miserably in what should be it's pinnacle episode?!  They built me up just to fall so, so far!  What happened?!  How did you mess this up so so terribly!  We had something True Blood, WE HAD SOMETHING GOOD!  AND YOU BROKE IT!  Ugh I feel so much like a disappointed and unsatisfied lover.  Here are my notes, even though I really don't even want to write this

Look, I see where True Blood is trying to go with this, obviously trying to reconnect the town vibe that got so horribly lost, but I think they have gone about it all wrong.  I am sorely dissatisfied with this episode and honestly, if I find out Eric is dead, I really am out.  I mean it.
Posted by Unknown at 11:10 PM No comments: 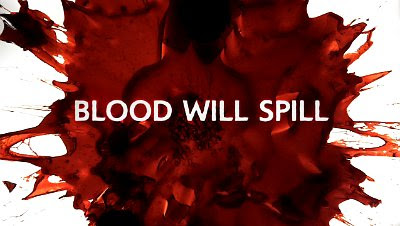 Sooooo, in my humble opinion, this was the worst episode of the season.  I was hoping for an epic season finale build up and I certainly did not get that.  It was kind of boring, even with the violence the whole episode was yawn worthy.  It was one of those episodes where I waited and waited for something to happen... and nothing happened.  No, seriously, nothing happened.  And let me tell you, I took some pretty passionate notes....  most of my Pros are pretty passive aggressive and mostly just quotes.

Fucked that deal right in the ass. 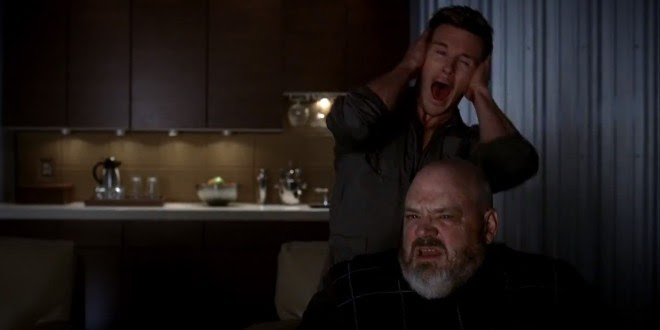 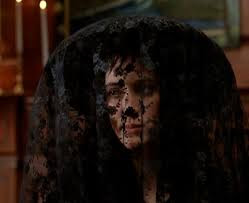 Here's to hoping the season finale is more epic than this boring shit show.
Posted by Unknown at 11:32 PM No comments:

We Have A New Doctor, But Nobody Is Asking The Real Question: What Will He Wear?!

So this weekend it was announced that Peter Capaldi will be taking on the iconic role of the Doctor in his 12th regeneration.  Now that the question of who the new Doctor will be has been answered, a more important question as arisen:  WHAT WILL HE WEAR?!  Maybe  its just the girl in me, but the Doctor's outfit as been the defining image of each Doctor, from celery pinned to a lapel, or a really cool bowtie.  Each Doctor faces villains, and has different personality quirks, but when somebody yells out "THE FOURTH DOCTOR!" you think "ludicrously long scarf."  Why that situation would arise is beyond me, but you know 4 = scarf.  Like your favorite cartoons, the Doctor is a character whose outfit is always the same, only changing slightly between each episode (maybe a blue suit instead of a brown one, but still exactly the same suit).  So how will Doctor 12 play it, sleek and tough like 9 or absolutely batshit crazy like 6?  Lets take at 50 years of Who fashion. 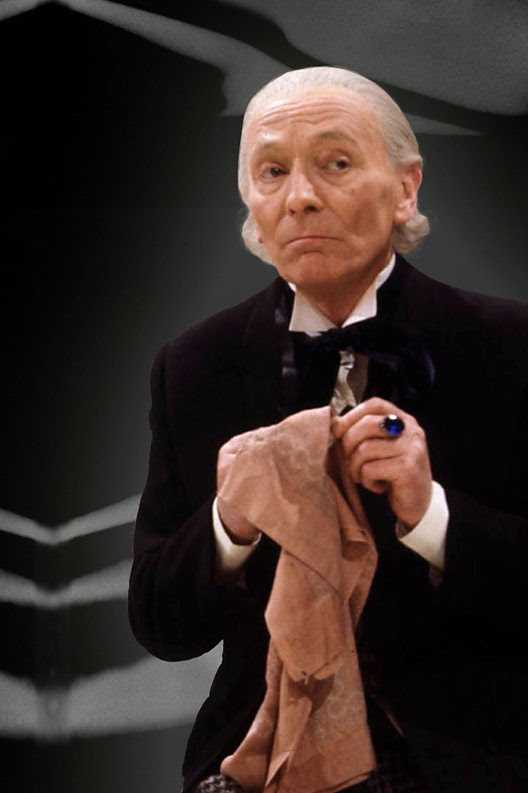 The 1st Doctor always makes me think, "this is what Dracula would look like if he was your grandpa."  With his high pointed collar and small cravat, the 1st Doctor looks a bit menacing.  That is until he has to go outside sporting a loose cloth beanie looking thing and scarf.  Maybe it's just me, but with his slicked back hair and uncomfortable looking collar, I find the first Doc creepy. 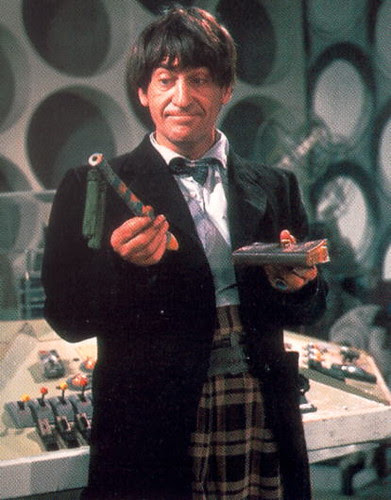 With a bowl cut only a mother could love (or give) and conflicting patterns between his vest and pants, the 2nd Doctor constantly looked like he just rolled out of bed.  With a teeny tiny often askew bowtie (11 wasn't the first one to think bowties were cool), a plethora of fun hats and a bizarre fur coat, I think 2's most defining fashion choice was that haircut.

If any Doctor's fashion embodied the time period he was in, it is easily #3.  This doctor flounced about in loudly colored velvet suits, capes and ruffled shirts WITH some sort of bowtie or cravat.  With his curly white hair, this doctor karate chopped his foes in style.  He may have been a bit of a dandy, but #3 is one Doctor I would not want to mess with.

One of the most iconic and easily recognized Who outfit was worn by Doctor 4.  With his dangerously long scarf and absolute mop of crazy curls, the fourth Doctor would hide his Jelly Babies in his long coat to take out at the most inconvenient times.  Going back to the cravat, this doctor often wore earthier tones, a stark contrast to his predecessors loud velvet get-ups.  Let's not forget his frumpy hat for outdoor adventures! The most adorable Doctor in my opinion, the fifth Doctor was always dressed to play cricket, with a sweater-vest and candy-stripped pants, he was to date probably the most fashionable of the Doctors.  Well... that would be with the exception of the inexplicable celery pinned to his lapel.  Seriously, why celery?  In a pinch it would provide little to no nutritional value.  Later, the Fifth Doctor's get up got a bit darker and a question mark was added to his collar, but pretty much this was his get up, day in and day out.

With the exception of keeping the question marks on his collar, the 6th Doctor wore the polar opposite of muted tones of his predecessor.  What looks to be the product of a rainbow having sex with a clown, we get this rejected member of Godspell.  While I love all the Doctors, I will never understand how this crazy colorful outfit came about.  Despite the insane outfit, Baker was able to shine through, and the Doctor never lost his edge. 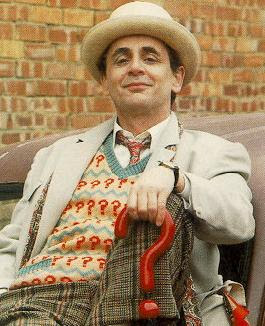 Rock me Amadeus!  That's what I think every time I see this Doctor.  With his strange old fashioned parted in the middle hair and 19th/18th century style, I don't get this Doctors fashion choice.  Maybe it's meant to hearken back to the 1st doctor, but when you are in the 90s and have so many great fashion choices, why would you go here?  It is a nice cravat though. I do, I really do love this Doctor, despite what others say, but my GOD did he have the most boring outfit.  A leather jacket is the only real iconic piece in the 9th Doctor's wardrobe.  Other than that it's black, black, black.  In a few episodes this Doctor tries to play off this boring wardrobe as fashionable in any age, but considering how his previous regenerations dress... well... yawn. 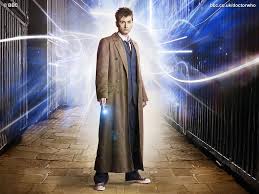 SEXY BEAST!  Oh, oh... sorry.  With his pinstripe suits, Converse, floor length over coats and occasional thick framed glasses I would call Ten, dapper as fuck.  Sorry, this Doctor just does things to me.  When I get married one day, this is how my husband will be dressed, minus the 3-d glasses of course.  Or not.  I guess it will depend on my mood. 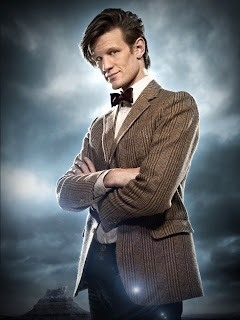 If our reigning Doctor has taught us anything its that bowties are cool.  An so are tweed jackets, often with elbow patches, suspenders, pants that are always a little too short, lace up boots and of course, fez...es.  Since the reboot, 11 is the first Doctor to wear something a bit out there.  With his kind of nerdy outfit, he is most known for his bowtie, but I have always been more into his high-water pants that show off #11's strange leg movements that make no physical sense.  With hair that defies gravity, whenever 11 wears a fez... or a stetson, it makes me a little sad.  11 you will be missed!

So what will our newest member of the TARDIS wear?  Will they bring back the question marks?  Or keep it sleek and modern?  Well we go batshit clown crazy or will we keep the bowtie?  The Doctor's outfit is just as important as his companion or catch phrase.  Both 11 and 10 spent an entire SCENE picking out a new outfit.  IT. IS. IMPORTANT!  I almost wonder though... will they do a nod to Capaldi's previous stint on Who in "The Fires of Pompeii".

Posted by Unknown at 4:01 PM No comments:

So yesterday as the clock ticked away I counted down to 2:00 to watch the big reveal of the new Doctor Who.  I felt like a patient waiting for test results.  I was legitimately nervous.  As I waited while BBC America experienced some technical difficulties that made me want to throw my TV out a window, I held onto a pillow and repeatedly told my mom how much I was going to miss Matt Smith.  My mom did not care.  I was so worked up in fact that I needed a day to process before blogging about the big news.

Here is the thing though.  As I waited in heart pounding anticipation my rational mind told me "It will be fine."  I believe in the Doctor.  When Matt Smith came on I thought, "No way.  No way is this young, kind of doofy looking guy the Doctor.  Not my Doctor!  You can't replace David!"  But you know what?  He has been an incredible Doctor.  I will miss him with everything inside of me, I have come to love him just as much as David Tennant, and being nearly the same age as Smith has made me really appreciate his performance and ability to stuff 900+ years on a 20 something year old face.

So when the internet guessed correctly and Peter Capaldi walked out on stage as the 12th Doctor, I was extremely please.  Just looking at Capaldi, I could see the Doctor.  No, he won't be the lithe jello-like, constantly moving, extremely physical Doctor that Matt Smith has been.  I see Capaldi being a more cerebral Doctor, and that is in part to do with his age, which seems to be the biggest complaint I have read about his casting.  But here's the thing, he is not the first "older Doctor."  The first Doctor was the exact same age as Capaldi when the show started (though he looked much older due to illness).  Jon Pertwee, one of the most popular Doctors was also in his 50s when he took on the role and he karate chopped his way through foes!  Patrick Troughton was in his late forties when he sported his bowl cut and hopped on the TARDIS.

No matter what anybody says, I think Capaldi is an excellent fit and I look forward to saying hello to a new regeneration as I tearfully say goodbye to an old one.  On a side note, I ran into an old companion this weekend and had a minor mental meltdown on the streets of Manhattan, the city that killed him off the show.  That's right folks, I saw Rory aka Arthur Darvill coming out of his performance in Once as I walked out of seeing Kinky Boots.  Needless to say I had I geeked out hard and may have pushed a girl out of the way to take a picture. 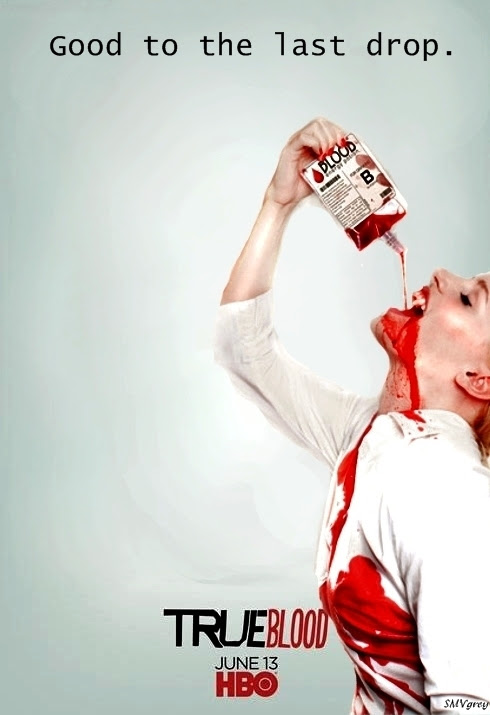 So tonight's episode "Dead Meat" was obviously a build up episode to what should prove to be an awesome finale.  With only two more episodes left, they needed an episode like tonight's in order to get us antsy for whats to come.  Also, it kind of feels like True Blood has had terrible amnesia and this season the writers were all miraculously cured and they remembered plot lines/relationships and characters that have been long gone.  Though I was displeased when I got the "Nudity" and "Sexual Situations" warning at the beginning of the episode just to see a teenage pair of tata's an no actual sex.  Total cock-tease True Blood.  Not cool.

Pros:
Buckle up ladies and gents, this is a long one.

You've loved her for centuries?

Guess what.  I don't believe in fairies.  Don't clap for that bitch, just let her die.

Only two more episodes but my faith is going strong!  Every episode my cons list gets shorter and my pro list takes over!  I am just SO HAPPY!
Posted by Unknown at 11:24 PM No comments: