RAISE YOUR HAND IF YOU THINK THIS IS AWESOME!

I love this kind of real world marketing.  When Colverfield took over the internet in order to promote their movie I was all over it.  From the Slusho website (Slusho) to the myspace pages set months ahead for each character, even a website for the drilling company that supposedly woke the beast (Tagruato), though most people believe the monster fell from space into the water during the last and infamous Ferris wheel scene.


Okay, so this blog post has gotten a bit away from me.  Basically, OMG LOOK AT THE SENTINELS!  They look so awesome!  The new poster for X-Men: Days Future and Past also looks amazing! 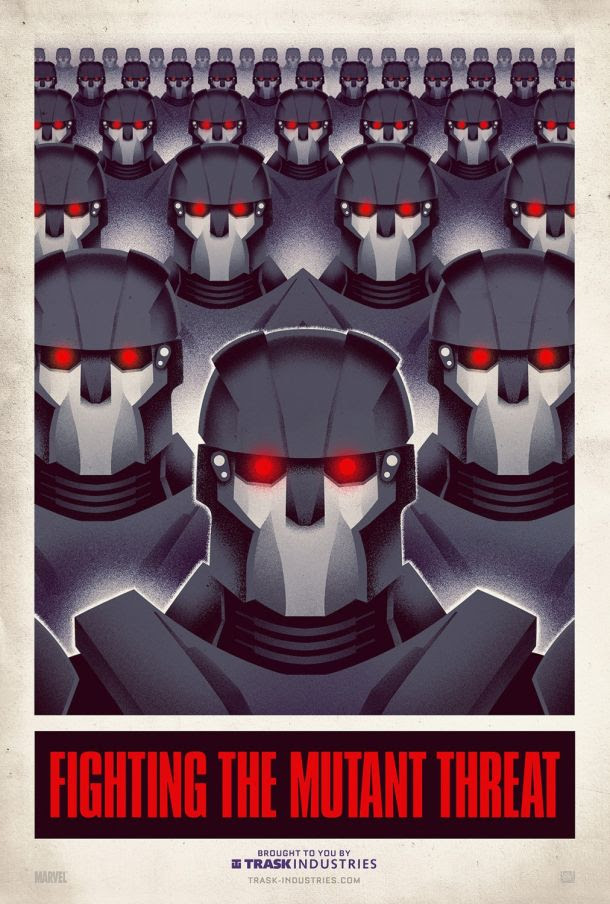 So good, I know.  And not to mention Peter Dinklage as Bolivar Trask, rocking a serious 70s 'stache.

But the BEST part of this whole thing, the website.  Oh yes, a Trask Industries website HAS BEEN LAUNCHED!  Check it out:  Trask Industries.  AMAZING!  AMAZING!  I love this kind of marketing, it makes you feel like part of the universe, and who HASN'T wanted to be a part of the Marvel Universe?  All of us went through puberty hoping against hope that our mutant powers would manifest.  Sadly, it never happened, but now we can look at purchasing Sentanels!  So what if they aren't real!  THIS IS AWESOME!

Sorry I am freaking out.
I'll stop now.

Posted by Unknown at 2:58 PM No comments:

In The Evening: True Blood Pros and Cons (spoilers) 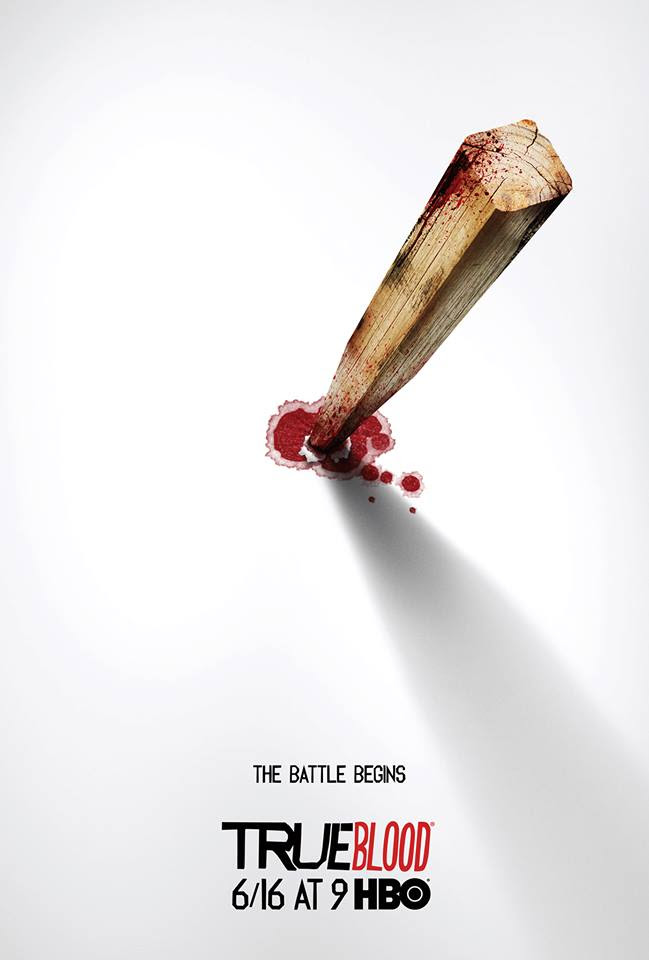 This may be one of the most epically heartbreaking episodes of True Blood ever.  I don't know who has been writing this season, but kudos to him/her because this season is truly fantastic, the show hasn't been this good since season 2.  I am not a crier, but I won't lie, tears almost broke my waterline at least four times, and as a woman who wears a ton of makeup nearly breaking the waterline is basically balling.  I am so happy with the season that my heart has grown two sizes... or, unlike Lafayette I forgot to take my betablockers.

Did I just ruin your childhood a little? 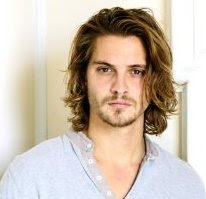 This season is so good!  I get so nervous that every new episode is going to ruin the awesome, but they haven't!  And we are so close to the end!  This is a season to look back on and say, "Season 6, that was the season that saved True Blood."
Posted by Unknown at 11:28 PM No comments:

True Blood Pros and Cons: Don't You Feel Me? (spoilers)

After last week's episode it's going to be hard to impress me, and this week's episode did fall a bit short.  That's probably because it dealt mostly with the plot lines I greatly dislike, if not, hate.  And be warned, an early spoiler, they finally killed a main character.  I'll get to that, but first I want to say that even though they set up this inevitable death early, I think a lot of people will still be upset.  I am not one of those people, but True Blood has absolutely coddled it's viewers.  This has not been Vampire Diaries where a character dies, like, once a week or dare I say Game of Thrones where literally nobody is safe.  The True Blood audience is only used to those fair-weather characters that come in mid-season dying.  In fact, we expect those people to die.  In the books, most of the characters on the show are dead or so unimportant they don't even have their own plotlines.  So, I'm interested to see if there is an internet uproar.

So, another episode down and we are really winding down to the end.  I'm interested to see where this goes.
Posted by Unknown at 11:01 PM No comments:

Wholockians! If You Haven't Been Watching Game Of Thrones, You Will Be Now! 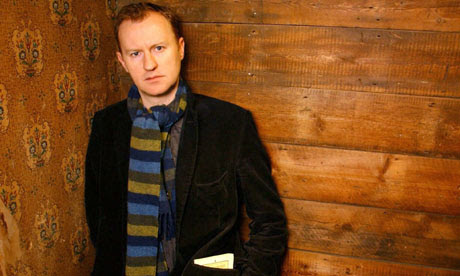 MARK GATISS HAS JOINED THE CAST OF GAME OF THRONES!  ﻿I am avoiding doing actual work right now just to right this post because I am FREAKING OUT.  I love Mark Gatiss, not only as an actor, but as an increadbly talented writer.  Without him, we wouldn't have the brilliant writing of Sherlock (or anybody to play Mycroft) and he has penned some of my favorite episodes of Doctor Who including The Idiot's Lantern, A Good Man Goes to War, The Wedding of River Song and The Lazurus Experiment.  He took a starring role in The Lazurus Experiment, but has played roles in several of the episodes he's written.  Gatiss has also penned 4 Who novels. 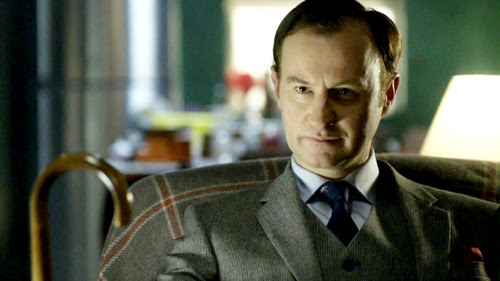 Now, I have not read the GoT books, but I watch the show with the ravenous soul of anybody in a fandom.  I even cosplayed as Daenerys Targaryen (which I will possibly revise at NY ComicCon).  Which character he will be playing is being kept firmly under wraps, but I am sure the readers of the books have figured it out.  I can't see Gatiss as anything other that a stuffy British guy, you know, the basic Mycroft character, but I would kinda like to see him as like a wildling or a crazy magic weilding sorcerer or something that can only exist in the GoT universe.  As if I wasn't excited enough for next season after the Red Wedding, now I have to wait a year to see Gatiss' role.  Ugh!  At least Sherlock should be back soon!
Posted by Unknown at 3:05 PM No comments:

F*ck the Pain Away: True Blood Pros and Cons (Spoilers)

Okay, first of all when I saw the episode title I nearly flipped my lid.  I think the song Fuck The Pain Away by Peaches is hilarious.  My sister and I love to blast that song in the car with the windows down just to watch peoples reactions as we dance like pageant girls to the repetitive symbol beat.

Any-hoo, just from the title I. WAS. IN.  Little did I realize that I would be watching one of, if not the, most intelligently written episodes of True Blood ever.  I may go as far as to put it in my top 3 favorite episodes.  I am so happy right now.  I'll start with the cons because there are so few. 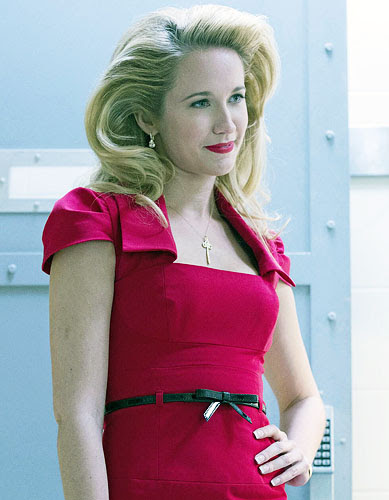 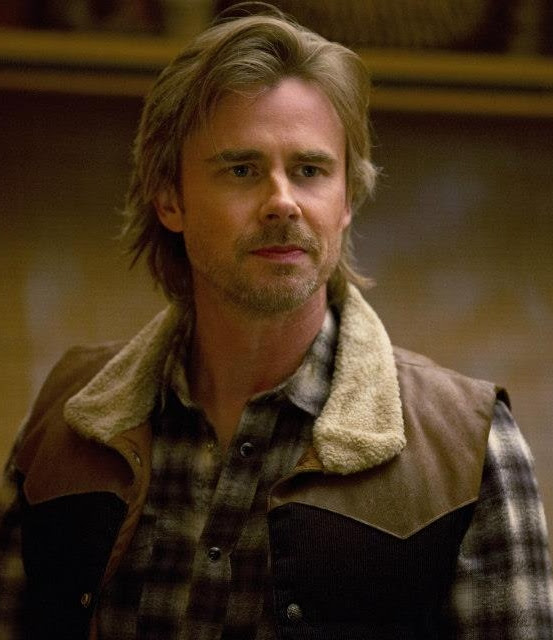 So, this episode was great.  We got sex, intellect, violence!  What more can you ask of HBO.  This season is making me so happy!  I now anxiously wait for Sunday nights, unlike last season when I groaned at every episode.
Posted by Unknown at 11:13 PM No comments:

HELL YES!  THIS IS THE SHOW I FELL IN LOVE WITH!  I don't even care that they have gotten so far away from the books that the only similarity is the character's names.  That is big of me to say.  I am the kind of person who will boycott a movie ::cough cough World War Z:: if they stray to far from the book.  But this is epic and I love it.  I filled three note pages with pros tonight, destroying the one and a half of cons.  I am practically beaming right now.  Like Fae beaming.

So, Ben is Warlow and things are getting really interesting.  I really just wish they would focus only on that plot line, and the plot line with the Governor.  I just hope they don't wrap things up to quickly like they did with the Afrit plot last year.  Until next week!
Posted by Unknown at 10:53 PM No comments: